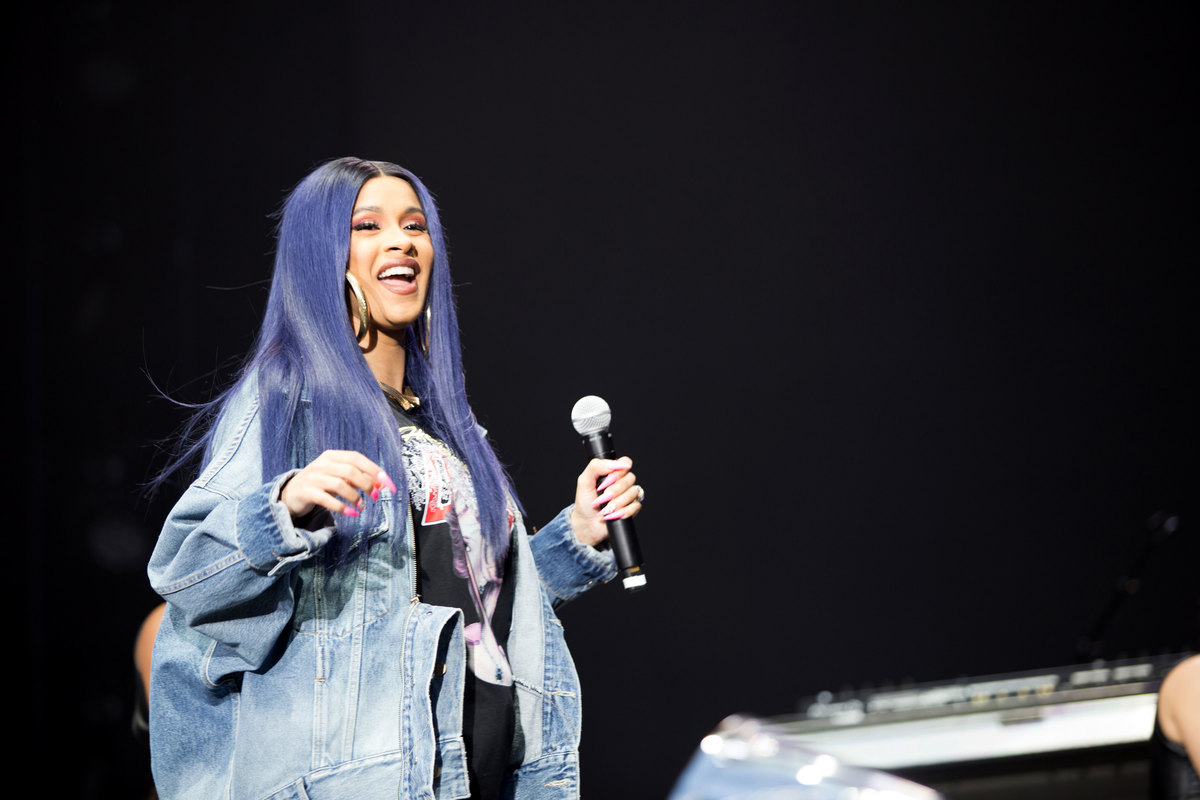 Cardi B had a close one when her golf cart almost flipped backward over the weekend.

While giving her last performance before conceiving at Washington D.C's. Broccoli City Festival — which both the pregnant 25-year-old and her fiancé partner Offset were featuring — Cardi nearly tumbles from her golf cart when the front wheels of the vehicle all of a sudden lifted off the ground because of too much weight in the back of the cart from the security guard.

Despite saying she had low energy because of the baby — “I’m not even gon’ lie, y’all, I’m on 10 percent” — Cardi delivered wonderful performance that had audience rapping along word-for-word to songs from her debut album Invasion of Privacy, especially when she ended the set with her  top single “Bodak Yellow.”

Earlier in the week, Cardi announced she was canceling several upcoming shows in order to focus on her pregnancy.

“Because you know, shorty keep growing and I be looking like I be moving and everything, but in reality, a bitch can barely breathe,” she said in an Instagram video published on Wednesday.

During the set, the expectant rapper also gave her growing baby a shout-out, changing up some of the lyrics in “Bartier Cardi” to be “Cardi got pregnant by Offset.”